Posted on February 4, 2016 by healingconsciousness

What a wonderful experience and a beautiful indication that this type of focussed, synchronised mediation and prayer can have a positive healing affect.

If this was offered daily, weekly or even monthly, I wonder what the long term effects would be? Peace, Harmony, recognition of our collective power as loving beings of Light and a manifestation of the I Am energy

The email from James Twyman…. 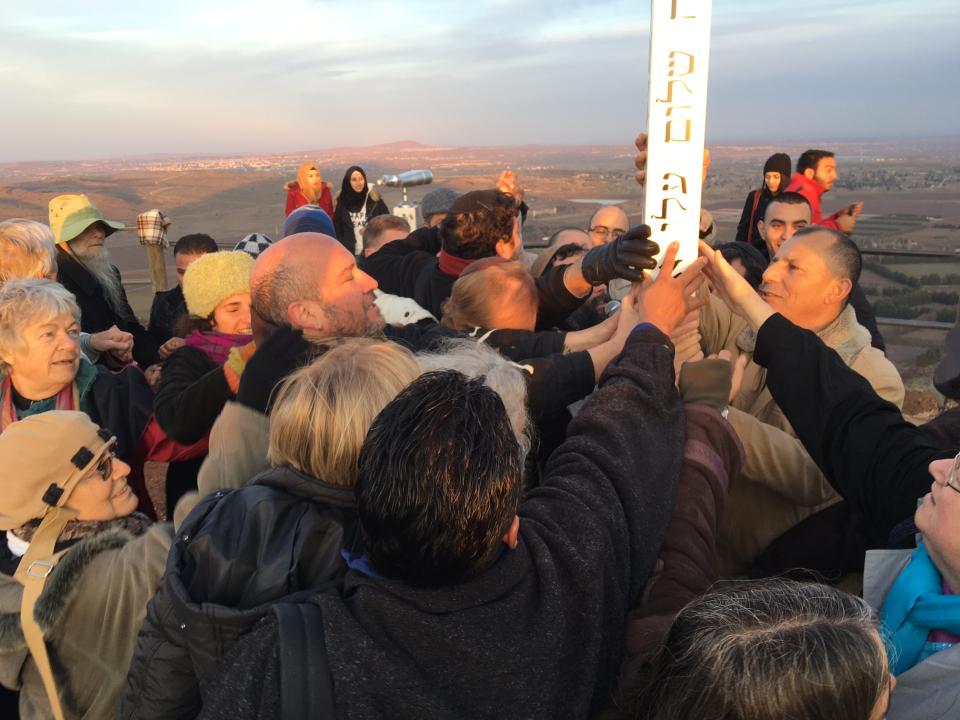 The Rainbow, the Battle and the Wolves
Today millions of people joined together to claim the reality of peace for all those suffering in Syria, especially the children. Three amazing things happened that I want to share with you, miracles that show us the power of our shared, focused energy and prayers.
The Rainbow
As we drove to the overlook, someone on the bus said “Look at the sky.” We looked out the window and saw a brilliant rainbow that completely circled the sun. It felt like a sign of what was to come. In an hour millions of people would join us energetically, sending their light into the situation in Syria, without judgment. The rainbow meant we were not alone.
The Battle
Hours before we arrived a battle raged just beneath where we stood. Bombs exploded and guns fired at the bottom of the hill just beyond the security fence. It seemed that we were up against more than we anticipated, but then something incredible happened. It was as if the war stopped while we joined together as one. The battle simply ceased, and remained that way through the entire meditation.
The Wolves
Over 100 people from many spiritual paths sat in silence as we were joined by you and so many others. We held that space for 15 minutes, and when I looked at the clock to end the silence, before I said a word, the sound of a single wolf howling just below us echoed through the air, then more until there were dozens of wolves that howled for exactly one minute, and then stopped. It was one of the most incredible things we ever heard. 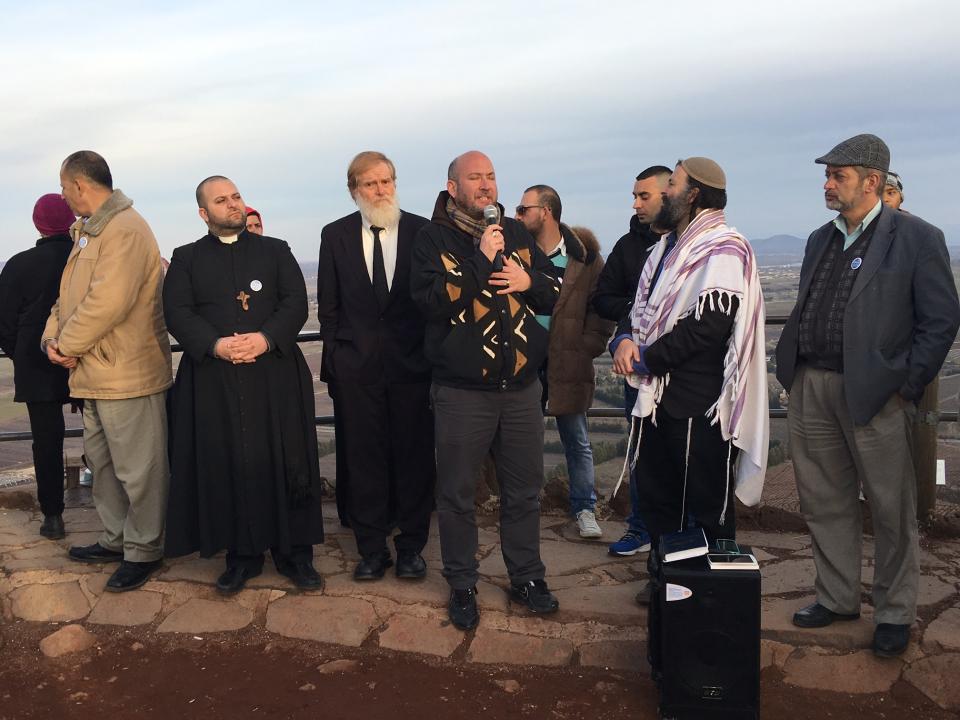 This is just the beginning…
In two days we will send out an email with the next step, one that will continue this incredible momentum. My goal is to gather 100,000 people into this tribe that will be ready at a moment’s notice to share their prayers of peace when a world crisis arises. Stay tuned. The fun, and the miracles, have just begun.
One Final Note

I want to thank a group of 11 individuals that showed tremendous courage, and without whom none of this would have happened. As you know, I invited a small group to join me on this adventure, becoming our “on the ground Light Team.” They were spectacular. I wish I had thanked them much more before now, but I want them to know how happy I was to have them with me. They are examples for us all.